"It would be difficult to imagine a more peaceful haven, after the storm of shot and shell, the booming of guns, and all the horrors and stress of battle, than the hospital which has been equipped by the Canadian Red Cross, on Mr Waldorf Astor's beautiful estate Cliveden in Buckinghamshire." 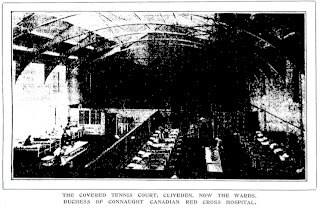 Cliveden is now a National Trust property and also a luxury hotel. To find out more, click here.

There is a website dedicated to the Canadian Red Cross Memorial Hospital, Taplow with many fascinating photographs and even ghost stories and a virtual tour - click here.

The cemetery was used by the hospital at Taplow which, from December 1914 to September 1917, was known as the Duchess of Connaught Canadian Red Cross Hospital and then, until September 1919, became No 15 Canadian General Hospital. There are also one Canadian and one British burial of the 1939-1945 War.

It took the British ruling class years to accept that the Astor family, into which David Cameron has married, were true aristocrats. They were American immigrants, doubly damned because they had made their fortune in "trade". The Astors soothed suspicions by entertaining in style at Cliveden, their Italianate mansion on the edge of the Chilterns. In the 1930s, Waldorf Astor, the second viscount, and his wife, Nancy, increased their prestige by making their home the social centre for the pro-appeasement wing of the Conservative party.

David Astor, a great editor of this newspaper, could not abide the portrayal of his parents as Hitler's stooges by the left of his day. Less partial observers did not deny that Nazi sympathisers were always welcome guests. Hatred of war, antisemitism and, above all, fear of communism drove the Astors on. They saw Nazism as a bulwark against a Bolshevism that might one day rob them of their wealth. Although the British Communist party was a tiny force, they believed Britain should not fight Germany for fear of bringing on revolution. A Tory from Churchill's camp encapsulated the Astors' paranoid delusions, when he cut them with the magnificent put-down: "I see you are prepared to put the supposed interests of your adopted class before the real interests of your adopted country."
Posted by printerspie at 03:24 No comments:

Grace Biffen's autograph book had this drawing of The Three Graces, Faith Hope and Charity.
The signature is quite hard to read, but it appears to say W. E. Kempton, or perhaps Kampton,
3rd Brigade Machine Gun Corps, 1st Division, Canadians 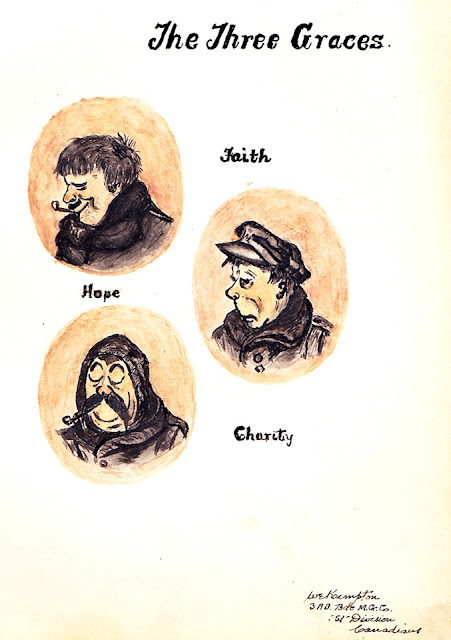 Posted by printerspie at 14:48 No comments: 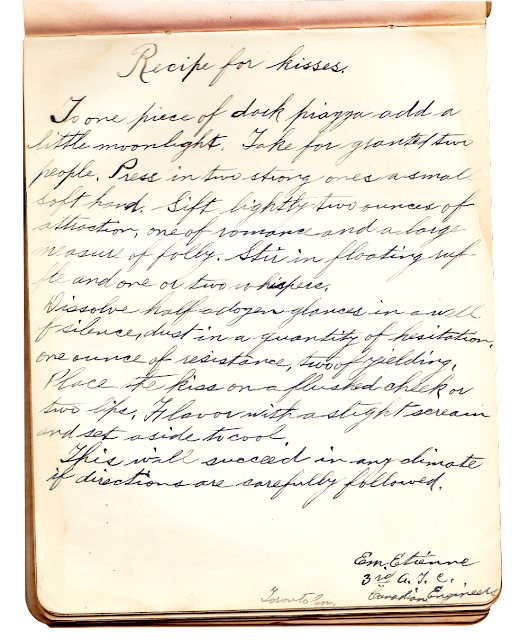 Posted by printerspie at 13:56 No comments:

Watercolour by Private R. Smith of the 29th Canadians. 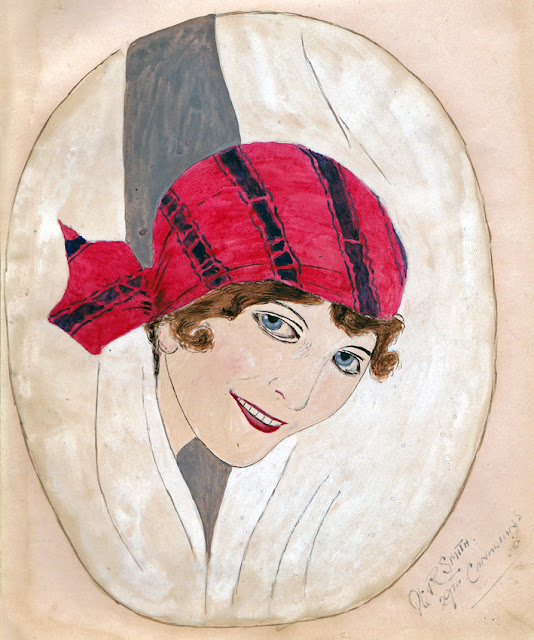 Posted by printerspie at 16:15 No comments:

This rather sad little poem was written by Chas Randall, 3rd Battalion of the Coldstream Guards.

Once I had a little dog
It tried to stop a Ford
The motor car ran o'er its neck,
And now it's with the Lord. 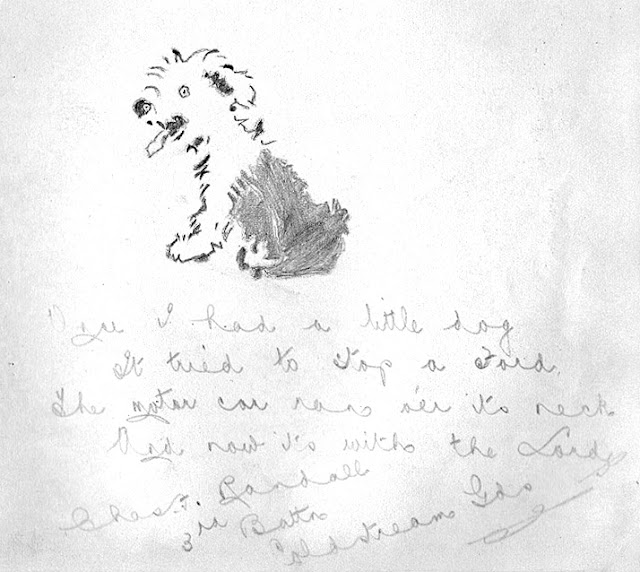 Posted by printerspie at 16:12 No comments: 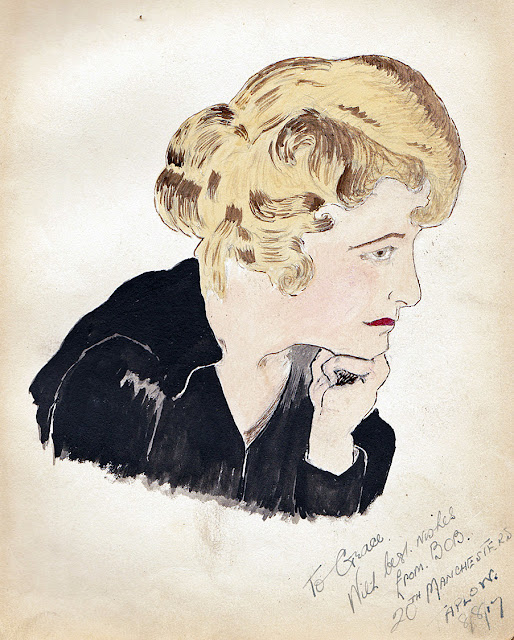 Grace was Halford Biffen's youngest sister, nine years his junior, and my great aunt. She would have been about 17 years old when visiting Halford in the hospital at Taplow and would surely have been very popular with the other patients.

Posted by printerspie at 16:03 No comments:

We have an autograph book which was signed by patients at Taplow in 1917. This scan is an entry by Chris Paul of the Royal Scots, dated 17th January 1917. 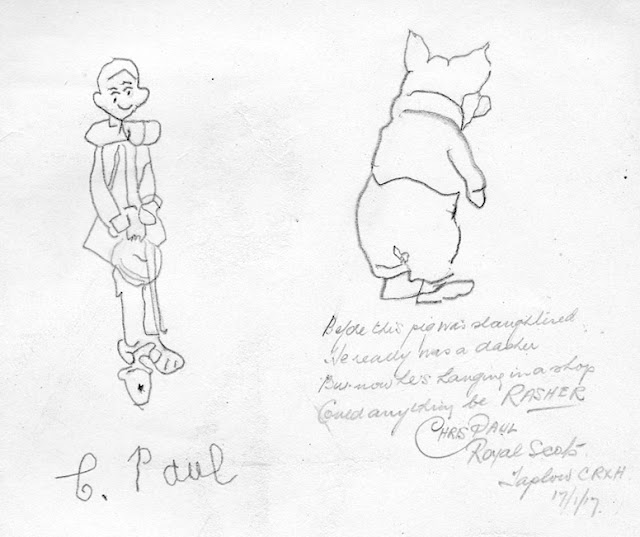 Posted by printerspie at 04:18 No comments: